A toast to The English Courtyard Association

40 years ago Noel Shuttleworth and Christopher Thornhill bought their first site at Manor Farm in Pewsey – The English Courtyard Association and a new era in retirement housing was born. The venture was the brainchild of Noel who, when looking for a home for his widowed mother, had found that there was nothing suitable for retired professional people.

It was a landmark moment recognised by property reporter Jeremy Gates two years later as the project was nearing completion, when he wrote in the Daily Express  in 1979:

‘A new venture in an almost deserted part of the housing market is being launched this week by a group that describes itself as The English Courtyard Association. The association is an elegant title to describe an operation which older house buyers have been awaiting for years; top quality, compact, low-maintenance cottages for retired folk.’

It should be remembered that at the time there were none of the now ubiquitous McCarthy & Stone schemes so the ECA was breaking entirely new ground, for which over the next decade they were showered with architectural, landscape and housing awards.

Manor Court, designed by Paul Gibson of the Sidell Gibson Partnership, was strongly influenced by the beautiful Elizabethan almshouses of nearby Froxfield. The 24 cottages and apartments were built in spacious grounds bordering the River Avon, around an open courtyard in warm red local brick and clay tile with low stone mullioned windows. They set a new standard of luxury with well proportioned rooms designed for downsizers’ furniture, plenty of storage space in the roof, and everything needed to make life easier and more comfortable. Other features included a communal guest suite and laundry, and an office and accommodation for an estate manager couple whose role was to be ‘a good neighbour’.

The Manor Court model proved popular and has stood the test of time with its emphasis on attractive architecture and high standards of landscaping. Internally the properties have demonstrated their flexibility as customer tastes, technology and market trends have moved to more open-plan living.

A further 36 developments followed on, spreading the influence of the ECA across the South of England, along with several developments in the Midlands, Cheshire and one at Castel in Guernsey.

In 2008 the ECA agreed a merger with The Beechcroft Trust, a company set up by Henry Thornton and Guy Mossop that shared its values and ethos, forming Cognatum (which means ‘bringing together’), a new not-for-profit company limited by guarantee. This increased the number of estates to 60 and provided a platform for taking Noel’s inspiring vision into the future.

The story of The English Courtyard Association is told in The Best Kept Secret of Retirement by Noel Shuttleworth which is available from Amazon. 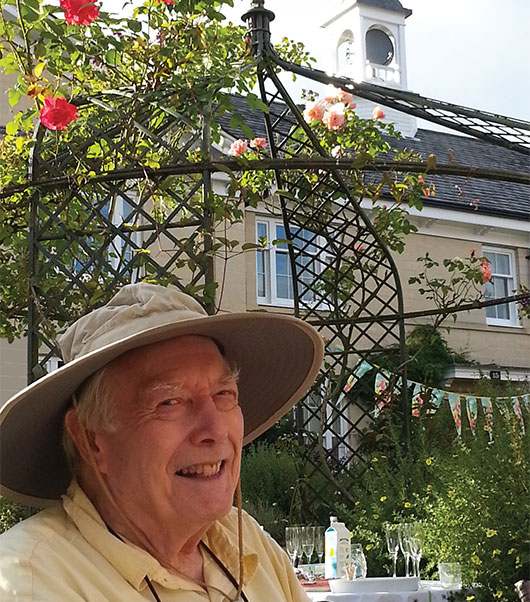