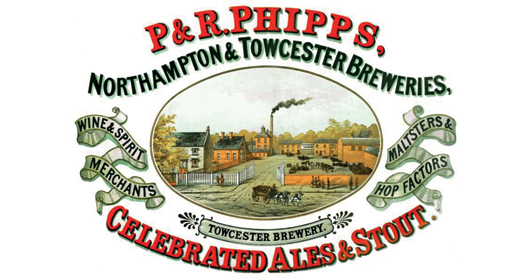 The Northamptonshire town of Towcester was once renown for its breweries. Yet for much of the last 100 years this profession has lain dormant in the area, leaving many none the wiser as to the historical significance of Cognatum’s Malthouse Court – so named for the famous brewery that used to inhabit the site, formerly known as 60 Watling Street. However, history, as philosophers often comment, tends to repeat itself. With the development of a new microbrewery just a few moments’ walk from the estate, it would seem things are indeed coming full circle.

Towcester lays claim to being the oldest settlement in Northamptonshire, as well as one of the oldest continuously inhabited settlements in the country – a claim supported by recent Iron Age discoveries in the town. However, Towcester really came to prominence in the eighteenth century, as coach travel increased and travellers looked for accommodation on the road between London, Holyhead, and the Midlands.

This growing prosperity led to the inception of various malthouses across the town, the largest and most famous of which was the Phipps Brewery, run in its most successful years by Pickering Phipps II. The Phipps family were farmers in South Northamptonshire, a profession that called for some brewing knowledge to provide refreshment for their workers. Their first breweries, founded in the early 1800s on small sites in both Towcester and Northampton, were run by Pickering Phipps I, who made a modest success of the business. However, it was upon his death in 1830, when the company passed to two of his sons and subsequently a grandson, Pickering Phipps II, that the name of the Phipps Brewery was truly made great. 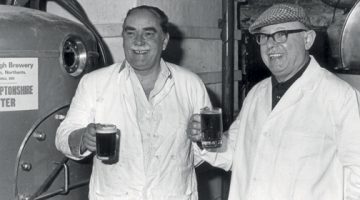 Phipps II bought the site at 60 Watling Street, previously owned by the much smaller brewers King & Sheppard, and, along with his cousin Richard, built a new brewery on the site. Business boomed, growing to employ 70 men and produce roughly 150 barrels of beer a day. At its height the pub estate stretched from Leicester in the north, Peterborough in the east, Oxford in the south, and Warwick in the west – making it the largest pub estate of any Midland brewer, and ninth largest in Britain.

Phipps’ business success was combined with a philanthropic nature and a willingness to invest in the local community. He ploughed much of his fortune back into the local area, for example building the swimming baths opposite the brewery, which made use of the spare hot water from the brewery by piping it to the baths under the road. He was much beloved by the locals, and served in several local and regional political roles, including as Mayor of Towcester in 1860. In fact to this day there is a pub in Northampton called ‘Sir Pickering Phipps’, a name that perfectly displays the optimistic loyalty felt towards Phipps in the local area, as he was never actually knighted! 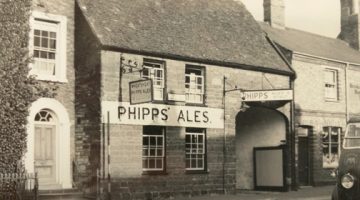 Disaster struck in 1901 however, when fire broke out in a malting – a somewhat ironic occurrence, as the site would later house the offices of the local fire brigade! The brewery was beyond economic repair and by 1905 the site had closed, with equipment transferred to the site in Northampton. This calamity marked the rapid decline of Towcester as a brewery town.

60 Watling Street was acquired by the English Courtyard Association, now part of the Cognatum family, in 1986, and work began on developing the current estate, with the architecture taking inspiration from the Georgian vernacular of the town’s heyday. Although the project was temporarily delayed by the discovery of a Roman sandal (which can now be seen in the Towcester Museum) during the excavation phase, the estate was nevertheless completed and officially opened in 1988.

Yet its roots are breaking the surface once again. A small independent business, Towcester Mill Brewery, has started up in the old mill, which is in the heart of Towcester and just a stone’s throw from Malthouse Court. Producing approximately 800 litres – or roughly 1,450 pints of beer – per brewing session, it is a far cry from the huge outfit the town knew at the turn of the century. Yet the mill site is still a bustling local hub, offering not only brewery tours and experiences but also comedy events, quiz nights, and live music.

Malthouse Court owners can enjoy the locally made beers, ales, and gins as well as the social opportunities it provides. It seems a fitting way to celebrate the rich malting culture of Towcester and honour the brewing history of the estate. 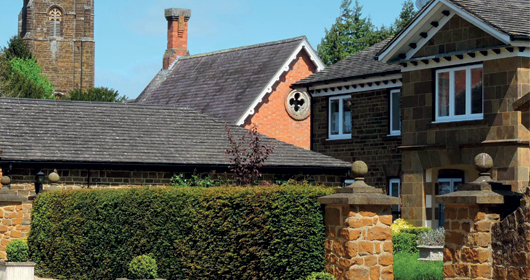 Malthouse Court with the old fire station and church in the background.