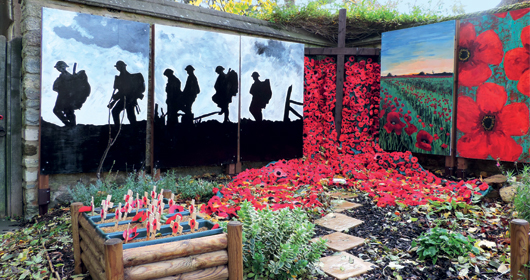 The memorial display at Malthouse Court.

Although many Cognatum property owners may have relocated from outside an area, they quickly form a strong attachment to their new towns and villages. This positive engagement with local communities has demonstrated itself most recently when many residents were involved in some inspiring commemorations of the end of the First World War. 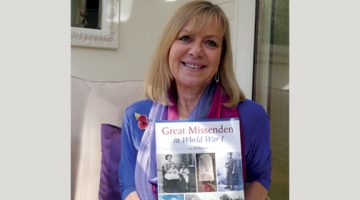 Jill Pateman with her book.

Residents at Malthouse Court, Stuart Court and Islescourt were instrumental in creating memorial displays for their towns and villages, and several estates organised various remembrance activities. One owner at Old Town Farm in Buckinghamshire, Jill Pateman, even wrote a book about Great Missenden during World War I.

She says of the undertaking: “In 2014, on the centenary of the outbreak of World War I, I was walking past the war memorial in Great Missenden and wondered about the 39 men on it. I made lots of enquiries in the village and was shocked to find that there was no information about these men at all. So I spent four years researching them in great detail. I was interested in them as people, rather than the military history that is already well researched. I wanted to know where they lived, what they looked like, what they did for a living, what their families were like, and how they were killed.”

Sales of the book, which is available from local shops in Great Missenden, have already raised £6,000 for local charities. What a heartening example of the initiative, enthusiasm, and community spirit. 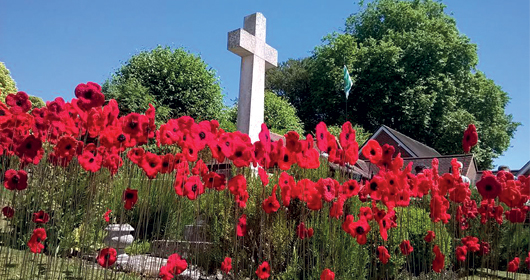 Poppies around the war memorial in Ramsbury. 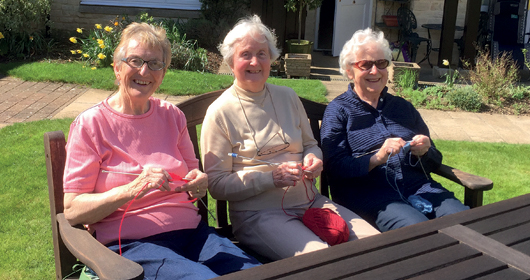 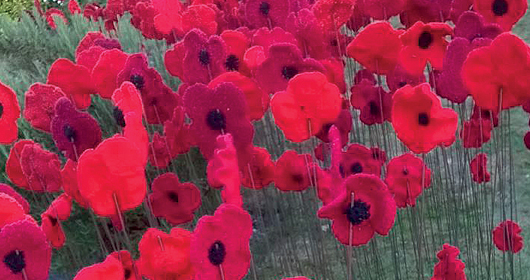