Like few other annual events, the Royal Academy of Arts Summer Exhibition plays a special part in the summer season and has run without interruption since 1769. It is the world’s largest open submission art show, bringing together artists from all backgrounds. This year’s selection is curated by Jock McFayden RA and runs until 12th August. Art in all its forms, is a very popular pastime, particularly in retirement when time can at last be devoted to exploring long suppressed talent. We have a wealth of artistic talent in our own back yard, and some residents have set up clubs and galleries. Here we feature just two of them and hope to publish more in the future. 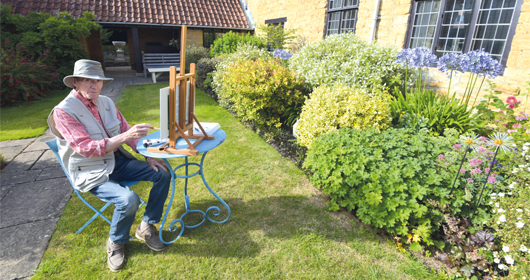 Andy Smith and his wife Anne, moved from Hereford to Hayes End Manor, South Petherton in Somerset last year. They had enjoyed holidays in the West Country for many years and decided to permanently relocate to the beautiful surroundings, combining the geographical move with a new home that would take away the headache of looking after a house with a large garden. Andy’s early career as a scriptwriter, writing for television and radio names such as John Cleese, Tim Brooke-Taylor and Ronnie Barker was followed by a variety of creative and managerial roles in television.

He had long harboured an interest in art and during his career dabbled with cartoons, which have been published in the national press. Now his painting has come to the fore, his work being inspired by the local scenery. The local village store sells copies of his artwork which have been turned into prints and cards and are in high demand with locals and visitors. 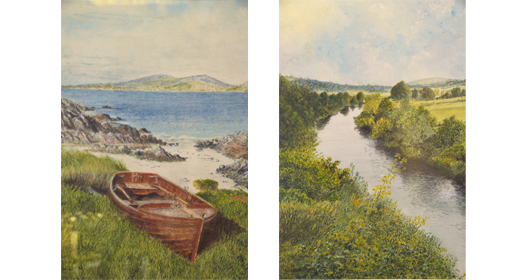 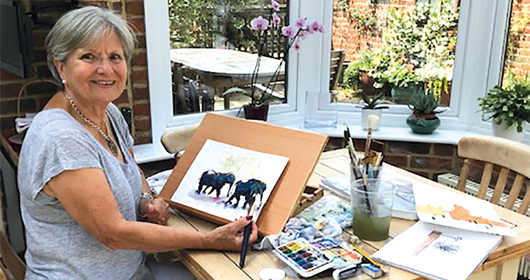 Linda Storey and her husband have always lived in Beaconsfield Old Town in Buckinghamshire, so not much changed when they moved into St Mary’s Court in 2015. However, she recently discovered that there was an Artist in Residence once a month at her local library. She signed up for the classes and turned her conservatory into an art studio. She says, “I loved art at school, but my paintbrushes gathered dust when I left. Sixty years later, at my first lesson in the library, my joy of painting has been rekindled.

“I have been inspired by my tutor, a wonderful enthusiastic artist who encourages and motivates us all. His style is very loose and modern. It doesn’t feel like an indulgence and I certainly don’t have time to pursue it properly, but it does give me a huge amount of pleasure and satisfaction. A vast amount of my spare time is spent experimenting – with different papers, with different media and trying many different subjects and topics. I am truly hooked and will continue.” Linda and some of her neighbours are setting up their own gallery at St Mary’s Court. 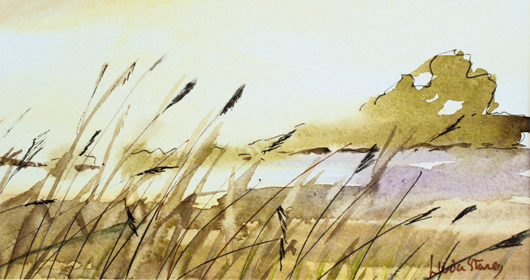 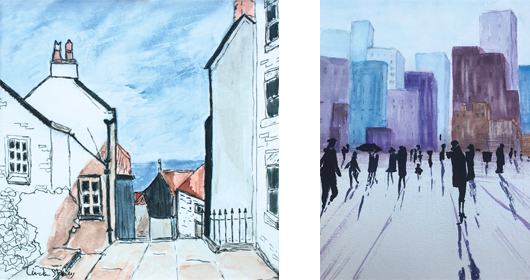