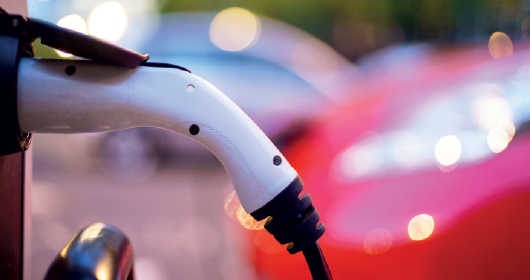 Questions about facilities to charge an electric car are being asked ever more frequently at Cognatum property viewings, and the issue has also been raised at recent resident meetings. While there are arrangements in place on a number of estates, whereby a separate electricity meter has been installed in an individual garage to allow for a re-charging station, these measures have been implemented ad hoc. It has become clear that a more consistent, large-scale approach will be needed.

Such a project will not be without its challenges. Many developments were built between thirty and forty years ago, when electric cars were almost the stuff of science fiction, making it a challenge to retrofit charging points. There is also concern about the capacity of the existing electricity-supply infrastructure.

Equally important is the aesthetic of any proposed charging points, which need to be sensitively situated and not mar the appearance of the grounds. Careful consideration needs to be given to the development of a well-organised charging-management system, as ownership of electric cars is only going to grow. There is also the cost of the initial installation to be considered. While Cognatum is committed to responding to these challenges, it needs to proceed thoughtfully, as offering a poor service is always worse than offering no service at all.

However, the combination of environmental obligations and the increasing importance of this issue for residents and owners propels this initiative forward. Additionally the importance of maintaining and developing the infrastructure of the estates in line with modern technology is recognised, ensuring that Cognatum properties remain attractive, desirable, and a sound financial investment. To this end, there is a pilot project with Chargemaster in the planning stage.