Commute from… Cambridge – Backs to the future

By Cherry Maslen
Published in The Times Friday 27th November 2020

There is history and culture in this fen city, but also cutting-edge tech and science

This medieval city in the fens overflowing with cultural, historic and architectural riches also has great pubs, gourmet restaurants, idyllic countryside and plenty of life independent of the university. Its high house prices won’t suit everyone, but for those who want to walk from gallery to café to concert to restaurant it’s hard to beat – even if you need to learn the best times to dodge the tourists.

The city is bursting with youthful vigour from its 20,000 students, but there’s also a culture of respect for the less youthful, with academics often being lifelong residents. Who’s to know you’re not a professor of philosophy as you stroll the banks of the Cam?

Cambridge has undergone huge development in the past decade, fuelled by the expansion of the Science Park to the north of the city and the Biomedical Campus to the south, both of which employ thousands of people, leading to more housing developments and a swelling of the population. 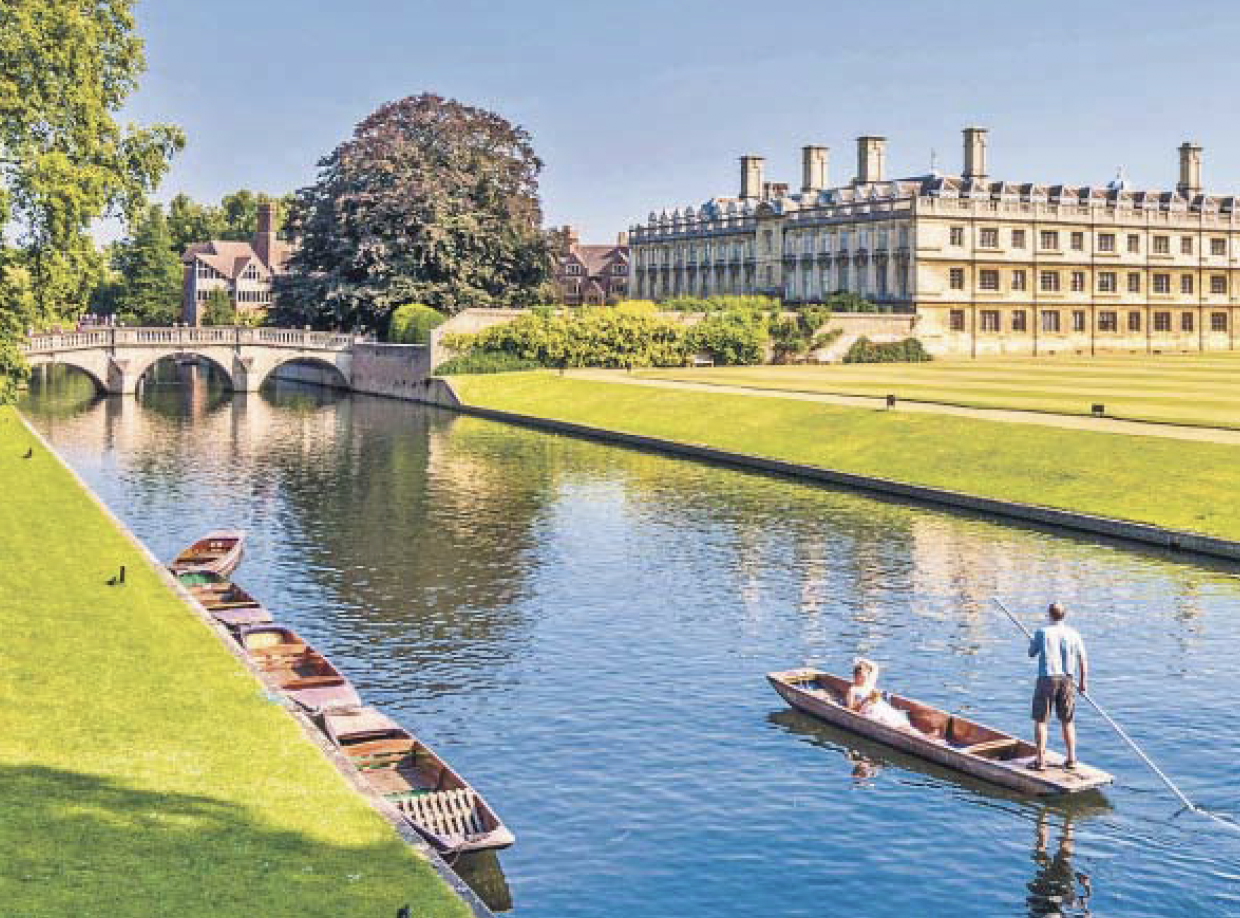 Unsurprisingly, house prices are much higher than the £256,000 England average (ONS August 2020), at an average of  £442,744 according to Zoopla’s November figures. Much of the period housing in  the city is owned by the colleges, but you might find a two or three-bedroom Victorian semi or terrace at between £500,000 and £750,000. A coveted spot is Newnham, on the western side of the city bordered by Grantchester Meadows, with a villagey feel and riverside pubs along the Cam.

The employment prospects at the Science Park and Biomedical Campus led to an influx of families who have found homes at the large suburban developments such as Trumpington Meadows and Great Kneighton. Three-bedroom terraces  with parking and gardens start at about  £500,000, four-bedroom detached from £590,000, and the largest, highest-spec homes selling for up to £900,000.

John and Ingrid Pryor downsized to Girton, northwest of Cambridge, when they were looking for somewhere they could enjoy the things they love, including classical music for Ingrid and history for John. “We decided to try Cambridge for two years to see if we liked it,” Ingrid says.

“That was eight years ago and we still love it. The music here is the best anywhere. Before the pandemic I went to concerts every week, which I hope to do again, here at Girton College or at one of the wonderful venues all over Cambridge.”

Having sold their family businesses they are relishing an intellectual and active retirement, going to lectures as members of the University of the Third Age, walking in meadows and parks and enjoying, Covid permitting, local restaurants and pubs. They recommend the Old Crown in Girton for the Italian-influenced menu and the Boot in nearby Histon for food and atmosphere. The Pryors hadn’t looked  for an over-55s development, but fell for  a spacious three-bedroom apartment  at Cognatum’s Churchfield Court, with enough room for Ingrid’s piano.

The necklace of bucolic villages around the city could suit those wanting to avoid crowds of tourists and techies while still taking advantage of everything Cambridge offers. Find duck ponds, thatched pubs, butchers, bakers and delis at Comberton, Barton, Great Shelford, Little Shelford, Grantchester and Foxton, which has its own station.

The average rail journey to London takes 1 hour 15 minutes. A second station, Cambridge North, opened in 2017 serving the north side of the city and the Science Park, and a third, Cambridge South, is expected to open in 2025. A standard weekly season ticket (any route) is £131, monthly £504, annual £5,252.

Cambridge isn’t car-friendly so think buses, bikes and good shoes to get around the city. You can drive to London in about 90 minutes via the M11, and to Stansted airport in 45 minutes. There are good bus services criss-crossing the city and out to the fringes and villages. Cambridge has been called the “cycling capital of the UK” (find a city cycle route map at camcycle. org.uk) and there’s a big cycle park at the station.

Superfast broadband is rarely a problem in this high-tech software industry mecca.

Air is cleaner in the suburbs than in the narrow streets of the centre, which is a slowly improving Air Quality Management Area.