Let’s retire to… Torbay for the sea, palm trees and golf

Published in the The Times {Bricks and Mortar} Friday 8th November 2019.

Torbay in southern Devon was known as the English Riviera in the 1950s and 1960s, when it was a common British holiday destination before southern Spain became as easy and cheap to visit. There is still a dependency on family-friendly bucket and spade tourism coming to the six Blue flag beaches along this stretch of coast, which takes in Torquay, smaller Paignton and smaller-still Brixham, all looking over Tor Bay. But today it is also one of the most desirable places to retire to, especially if you are from the Midlands, apparently, with most movers wanting to make the best of the water.

There are sailing clubs at Paignton and Brixham, and Paignton and Torquay have attracted a growing (silver) surfer crowd in recent years. For those who love watching the water from a deckchair, the best-regarded Torbay beaches are Anstey’s Cove, Breakwater, Broadsands, Goodrington Sands, Maidencombe, Meadfoot, Oddicome and Paignton Sands as well as Preston Sands and Torre Abbey Sands. 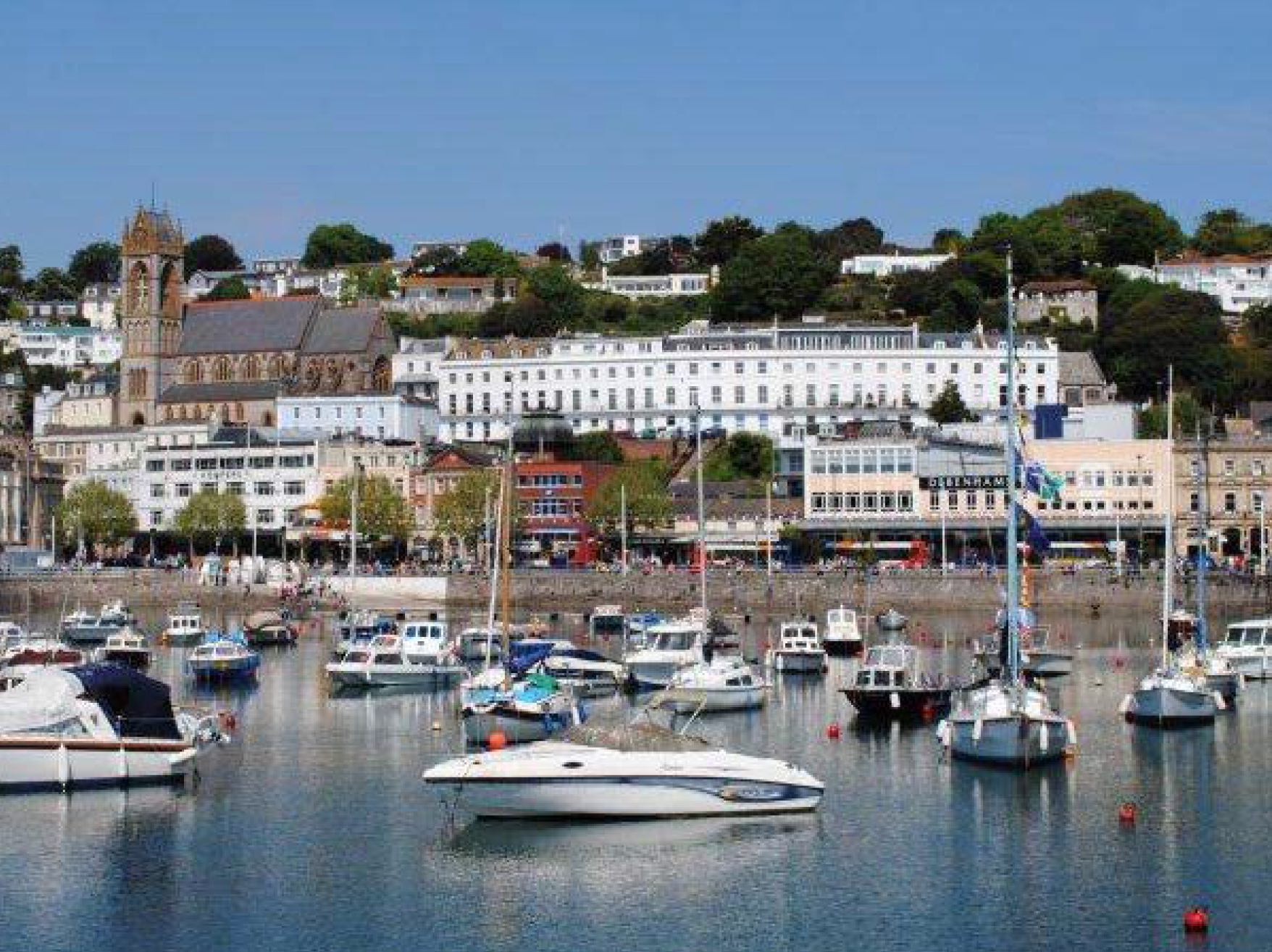 In Paignton many of the prime houses (and tallest palm trees, they’re everywhere) are in the Shorten and Preston areas. In Torquay the finest sea views and highest prices are on Thatcher Avenue, Teignmouth Road and Ilsham Marine Drive, where the more blingy modern homes have pools and sit cheek-by-jowl with Arts and Craft houses. Brixham, the grittier of the three communities, has a whiff of nostalgia about it and a fishing fleet that is England’s largest in terms of catch value; cuttlefish is a local favourite.

This is south Devon so golf is still big. There are several courses, none more attractive than Churston’s fairways on the coast near Brixham. Tennis and bowls clubs are thick on the ground too; almost as evident as the influx of retirement and later-life developers, who build where the demographics say it makes sense. The local council estimates that by 2030 some 32 per cent of the population will be over 65, compared with 22 per cent for England.

“The climate, the atmosphere, the surroundings, including palm trees, all contribute to that holiday feeling, which is what we feel retirement should have; an opportunity to enjoy the good things,” says John Lavin, the managing director of Cognatum, which specialises in estates for older owners who downsize.

There’s a wide range of restaurants, including The Elephant, the bay’s Michelinstarred eatery, which is close to Torquay seafront, but sources ingredients from its farm in Brixham. For the young at heart Meat 59’s gourmet Smoking Cow burger and halloumi fries are the tastiest ticket. On the retail front there’s no shortage of chains, but the hidden secret is Middle Street, Brixham’s independent quarter that has a range of specialist shops including the 5 Doors Up artisan bakery, the kimonos to kids’ stuff emporium Maison et Vie, and Flour Flower (you guessed it, a café and florist combined). For entertainment and cultural events check out the website torbayculture.org.

Mike Lane, 70, and his wife Sue, 66, love the area. They bought a two-bedroom apartment in central Torquay in August after many holidays over the years. They had lived in Somerset and Cornwall, but chose Torbay as their permanent retirement home, and not just because it’s conveniently located to visit their four children and seven grandchildren.

“It’s got very good transport connections generally,” Mike says. “It has terrific entertainment; three theatres, two of which are outstanding. The beaches are close by, there are fantastic restaurants for every taste. Really, this is a perfect place for us.”