Cognatum’s single estate in Warwickshire is located in Dunchurch. The global fame of William Shakespeare has resulted in Warwickshire primarily being known for its possession of Stratford-upon-Avon. However, in addition to its literary claims, Warwickshire was also an important political seat: Warwick Castle was home to ‘Warwick the Kingmaker’, a key player in the Wars of the Roses, and nearby Kenilworth Castle was the home of Robert Dudley, a long-time suitor of Queen Elizabeth I. Warwickshire also enjoys an abundance of Tudor-era timberwork, much of which can not only be enjoyed in the larger towns but in some of the county’s picturesque villages, such as Stoneleigh, Long Compton and Welford-on-Avon. The sophisticated, historic town of Royal Leamington Spa also sits at the centre of the distinctively shaped county, which is well-served by the M40 and the M6. Both Birmingham and East Midlands airports are within easy reach. 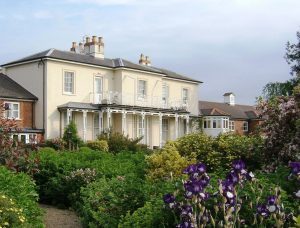