Downsizing is the property equivalent of squeezing a quart into a pint pot – and that’s after months of looking for a suitable location for your disappearing trick. It’s so overwhelming many people don’t even bother to try, ending up in a home that’s hard to maintain and enduring increasing isolation as younger families move into the neighbourhood.

So how do you choose your perfect downsizing location and should you move to a retirement development or simply into a smaller home? John Lavin, managing director of retirement housing company Cognatum, naturally suggests moving to a property designed for the 55-plus market but much of his advice is as relevant to those who simply want to downsize.

“Start with the big questions; geography and environment,” he says. “There’s little question that staying in a familiar area is a safe option; it can be difficult to make new friends without the bonding aspects of life such as work and children.

“So before waving goodbye to an area that’s been home for decades, think hard about how you’ll feel about leaving your established support network.

“Those with active interests and good health will find a long-distance move easier than those who are less able to get out and about, as will those who have been used to establishing themselves in a new area.” 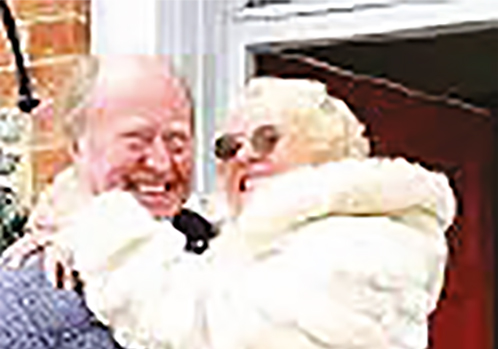 Around 40 per cent of Cognatum home owners move to be nearer family, often to help with grandchildren. Yet although this generally works well, Lavin says it’s worth considering whether offspring may be forced to move for jobs. “I would advise buyers to make sure the area has sufficient attractions so that you can all continue to lead your own lives,” he says. “Selecting an area that is well served by public transport should be key for those with a desire for travel or for visiting friends.”

Lavin adds that over-55s’ accommodation means you’ll be with like-minded people and that purpose-built homes benefit the less mobile: “This is an opportunity to live in a different way; ergonomics that suit you rather than a big family, less requirement for ‘stuff’, possibly fewer rooms but no compromise on proportions.”

One couple who took a slight detour on their route to a forever home is Sue and Lawrence Burr, who “thought they had retired” to a converted barn in a small Somerset hamlet in 2003 when Lawrence left the Army. “There were half a dozen of us in this converted farm with the Quantock Hills in the background but as we got older we realised we were isolated,” says Sue, 68.

Lawrence, now 70, adds: “Both of us were greatly involved in the community but as we were reaching our late 60s we had to decide whether to stay there and be isolated or move closer to our families.”

The couple bought a house at Cognatum’s Church Leat, a mix of 31 terraced houses and apartments built in 2002 just outside Downton in Wiltshire, close to one of their sons. Sue says: “It is very pretty here and the house itself is beautiful, so for some reason we have upsized; we have gone from a converted three-bedroom barn to what looks like a very smart town house with a second storey so we have lots of room.”

Like all Cognatum developments – there are 60 across England – Church Leat has a management team that Lawrence describes as “brilliant” and the annual £4,000 service fee also pays for the estate’s gardening and maintenance. There’s also an emergency call system.

The lack of communal facilities is not a problem says Lawrence, who feels Cognatum chooses sites that don’t need a residents’ library or restaurant. “Downton has everything,” he says, “and everything is within Zimmer frame distance!” 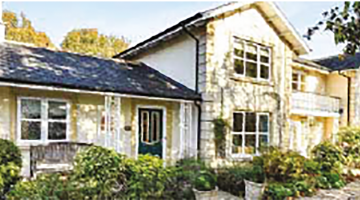 Dunchurch Hall near Rugby, in Warwickshire, has a mid-terrace cottage for sale at £460,000 including two double bedrooms with ensuites, a patio garden and garage. 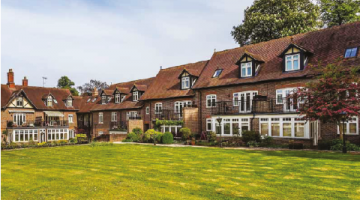 Bramley Grange, in Surrey, has a two-bedroom apartment in mature landscaped grounds with a swimming pavilion and underground parking for sale at £450,000.